I’m developing android and ios app with Google flutter.
when I add a new dependency like shared_preferences to pubspec.yaml and then execute flutter run in terminal, I got this error:

I know why it happens! because the latest Android SDK platform on my system is 26 . it trys to download sdk 27 and then fails. no problem! I go to library cached folder which located here :

First make sure Android SDK is installed on your device.
Also see if 2 Android SDK’s are not Installed!

Then just simply type on Terminal or CMD flutter doctor --android-licenses
Then press y until it acquires all permissions.

For me , flutter doctor --android-licenses didn’t work for some reason.

The only cmd that worked & solved it all was this:

I think is a little late to answer this question, but I think this can be useful for those who are starting in Flutter like me.

In my case (at my machine), I’ve executed the steps below: 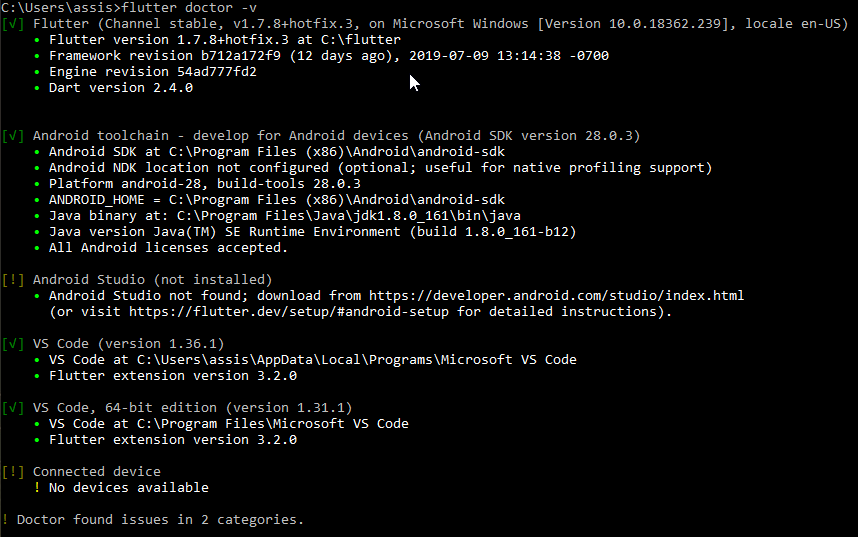 I hope this helps.

Open the command prompt then run flutter doctor --android-licenses and accept all the licenses given.

If you are in windows open command prompt as admin and run the following command.

Then enter y for all (y/n) to accept agreement.

A newer version of the Android SDK is required. To update, run: