I updated from Mavericks to Yosemite and now I can’t use any Genymotion device anymore.
You can see the devices in Eclipse, but when you want to run an application you can’t select one of these devices. 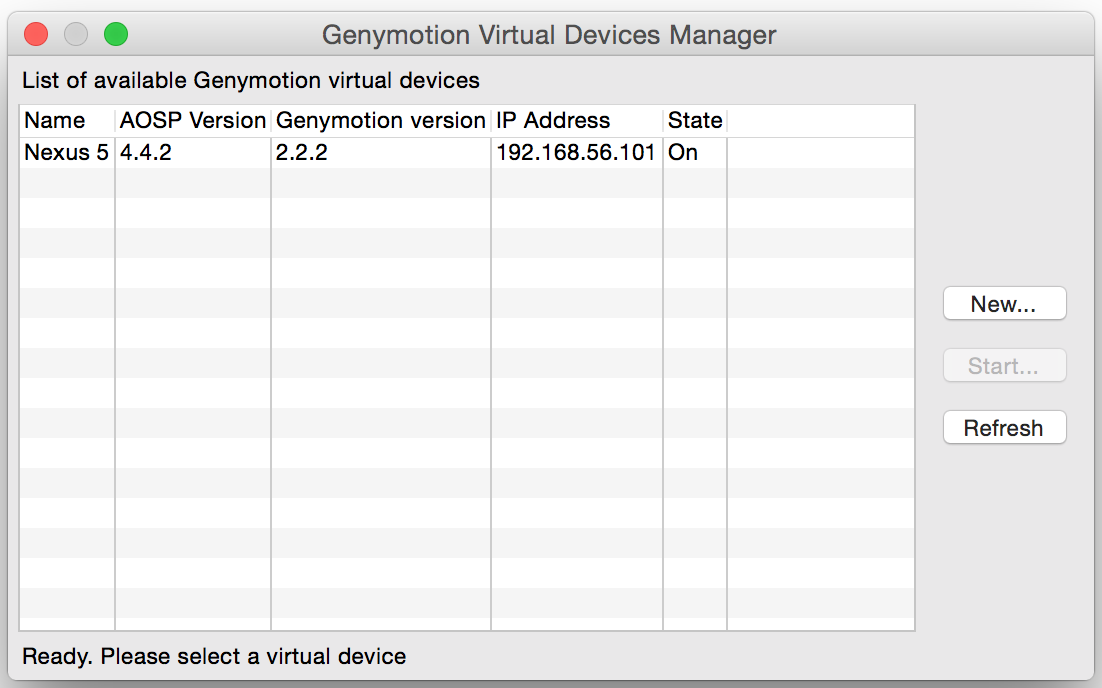 When I want to run my application, there is no Nexus 5.. 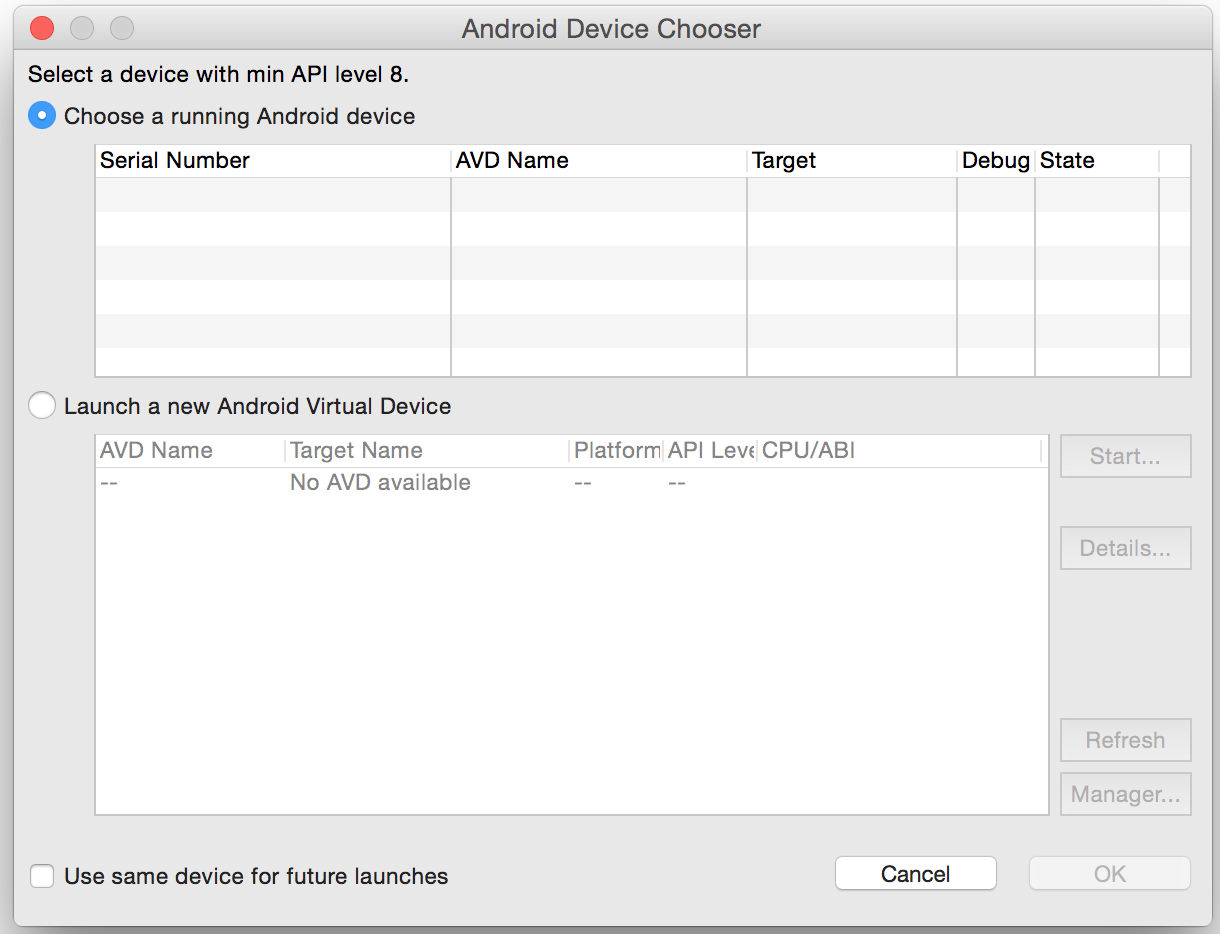 This is a bug in eclipse – OSX yosemite, what you need to do is in the Android Device Chooser Window, try to RESIZE THE SERIAL NUMBER TAB and you will see the genymotion emulator that is running

If you don’t see it, or the Android Device Chooser Window doesn’t appear, check three things before running again:

Additionally I downloaded the jar files from Genymotion Download Page manually and replaced it in the plugin folder of eclipse.

FYI, a bug has been opened in AOSP’s issue tracker.

Issue 78436: [ADT/Eclipse] Cannot see my device in the Android Device Chooser dialog even though it is there in the Devices view

At bottom of this page, there is a link to ‘Vote for this issue’ …

I can resolve this problem by connect a real device one time.

Please scroll down and see list of devices which is connected to ADB. 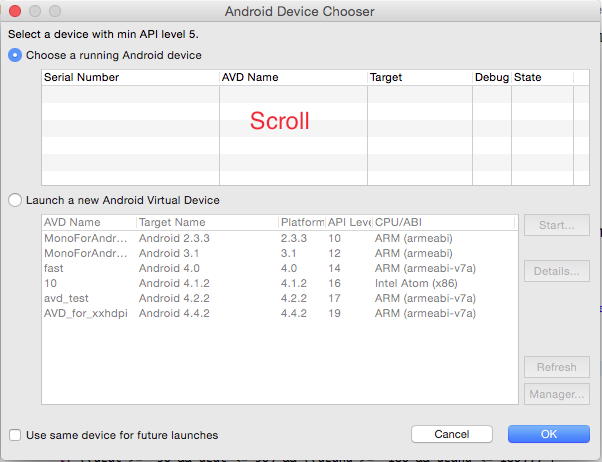 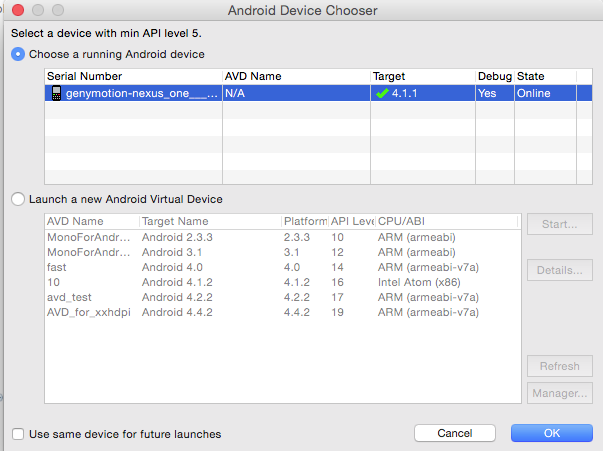 I had a similar issue, but my problem was that the emulated device was running Android 4.3 (SDK version 18), but the app had android:minSdkVersion="19" so since no compatible device was found the list was empty.

Double check your emulated device version, and the minSdkVersion number, to make sure it’s compatible.