Simply just created a new blank GoogleMaps activity, when I go to run the emulator, the emulator displays..

Heres what I have installed in the SDK manager..

In SDK Tools I have it installed 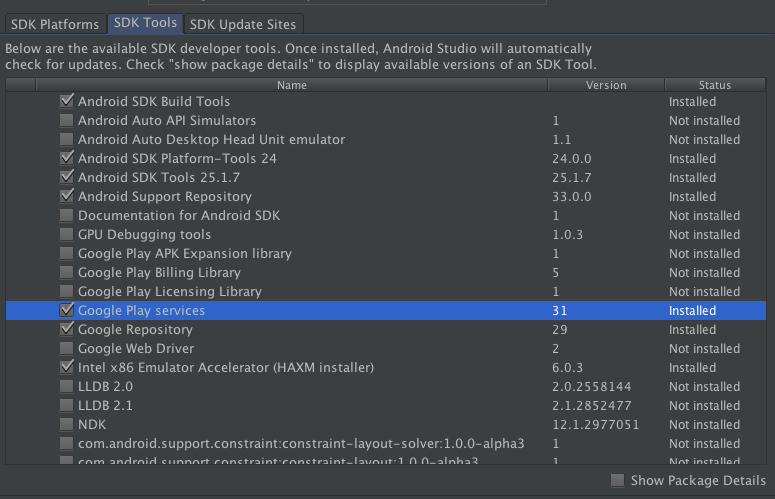 Only fix I have currently found is in the Module grade, where it says…

If I change it to…

I had same problem and i was trying to solve it whole day. You can do two things:

Before I started use Genymotion, I added new threads to code.google issues tracker.

Voila run the emulator and check the Google play version Settings->App->Google Play.It’ll be the latest one

All I had to do to fix this was get into Google Play with the android device and download/update Google Play services.

I was having a similar issue. However downgrading to:

did not work for me. However, I was able to update the Android SDK and tools, then my emulators worked just fine using:

These were the Android SDK and tools that I updated

If you are testing on an emulator, you can use an earlier version on your app build.gradle (unfortunately the emulators don’t include the updated version).

You can use this in the app level gradle:

and and this is the dependency for the Google Services Gradle plugin in the project top-level build.gradle:

I think you need to update your Google Play services in Android Studio.

Go to SDK Manager, and go to tab SDK tools.

There search for Google Play services and update that. This should help.