I’m trying to run Hierarchy Viewer in Eclipse but it only shows N/A for Measure, Layout and Draw.
I have tried running Nexus S, Galaxy Nexus, and Nexus 4 emulators on both Mac and Windows using Android SDK and on a physical device Nexus S with ViewServer library but all those showed the same result as the screen shot below. Also, I tried it with a simple and complex layout.
I was wondering how other configured the emulator to make Hierarchy Viewer fully functional. Also, is there another way to calculate the draw time for the layout? 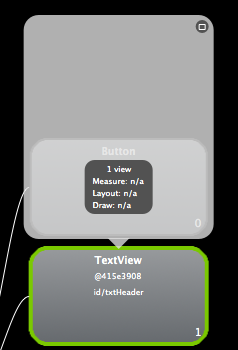 I had the same problem, maybe this is a solution for you too.

If you start the hierarchyviewer, it is not measuring the times directly on start. You have to press the button named: “Profile Node” (The button with 3 circles) and have to wait few seconds. You can find this button in the tree view window menu. After the measuring you get the needed values.

Note: The layout times will be shown only for the view that you selected and all it’s children views. It won’t show times for its parent nodes. If you want to see layout times for all the views, select the base parent(outer most view) and then click 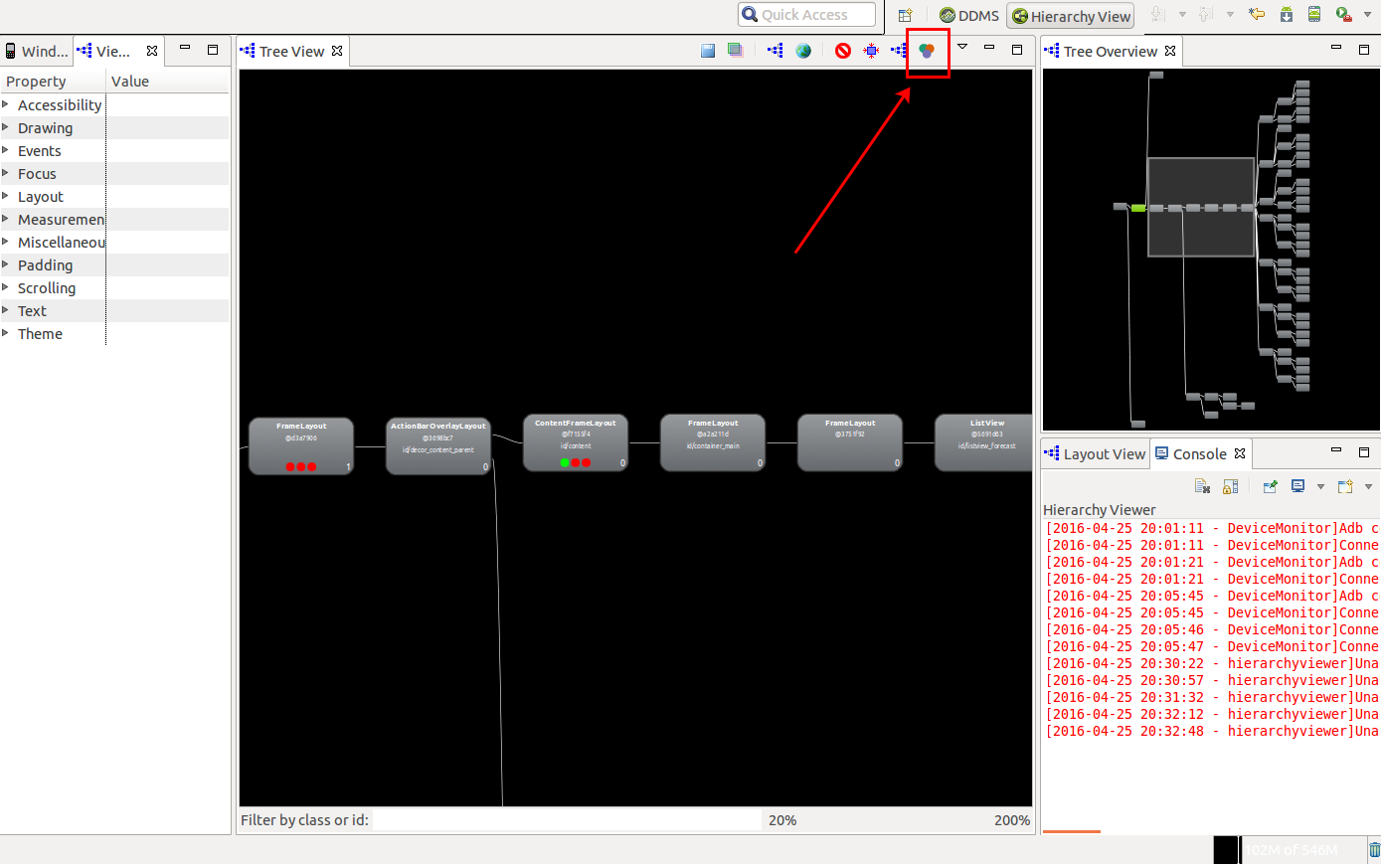