I followed all the steps in React Native’s get started page, including running npx react-native init AwesomeProject
to create a starter project. (I’m following the steps for “React Native CLI Quickstart” / “macOS” / “Android”). Then I open up Android Studio, start the emulator, cd into the project’s folder, and run npx react-native run-android. Everything works fine. I get to tweak the starter project here and there, reload, and everything works.

But I need to use React Navigation. I follow the steps here and apparently React Navigation is installed without any issues. Then when I run npx react-native run-android again the thing builds successfully and that Metro thing – that separate Terminal tab/window – says “done”. But the emulator doesn’t show my app. For a second it shows a blank page and then that disappears and I get the emulator’s home screen. That’s even if I don’t tweak the starter code at all – I’m not even trying to import React Navigation, all I need to do to cause this error is to have it installed.

Here’s what my Terminal tabs look like after npx react-native run-android: 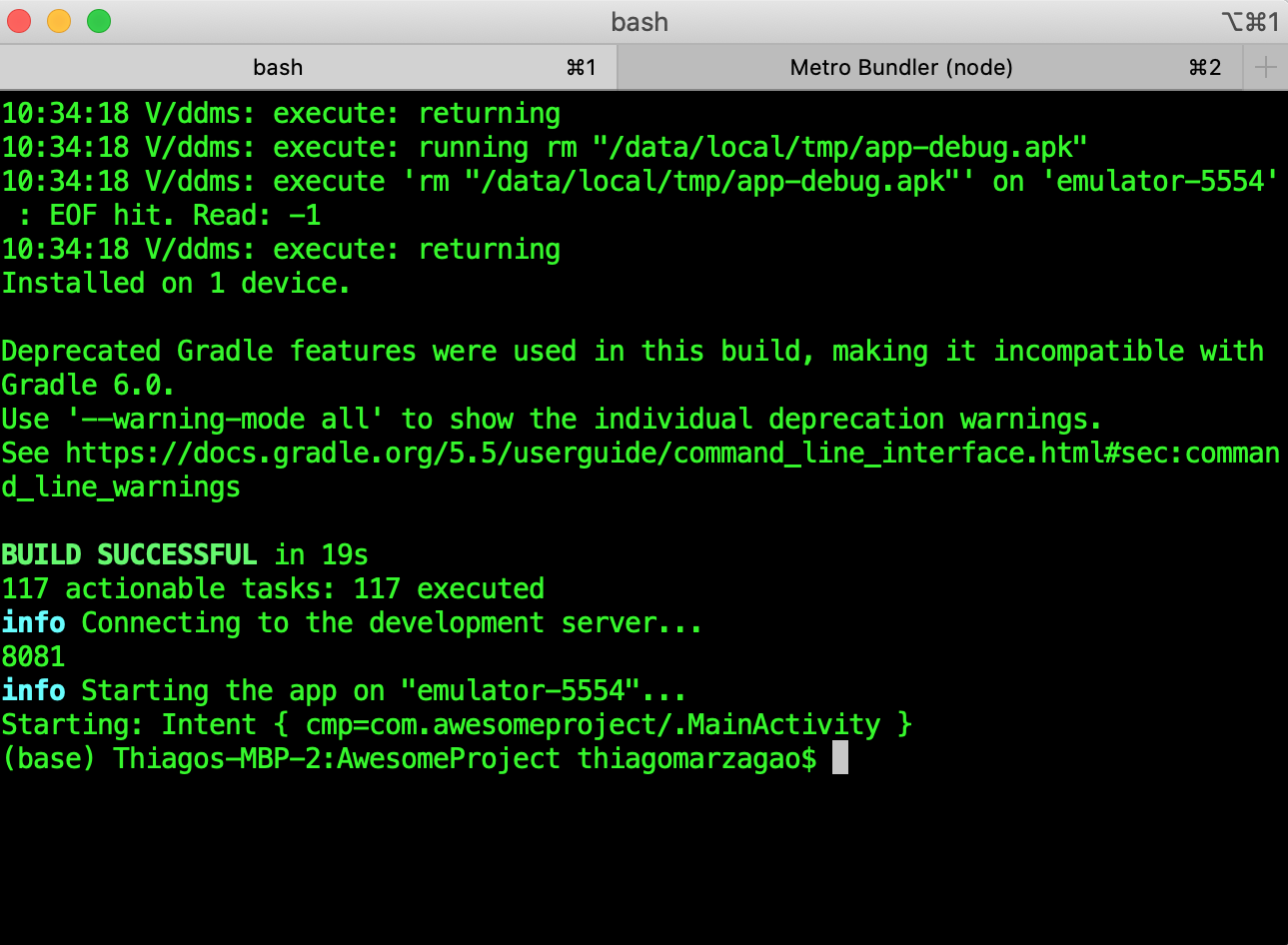 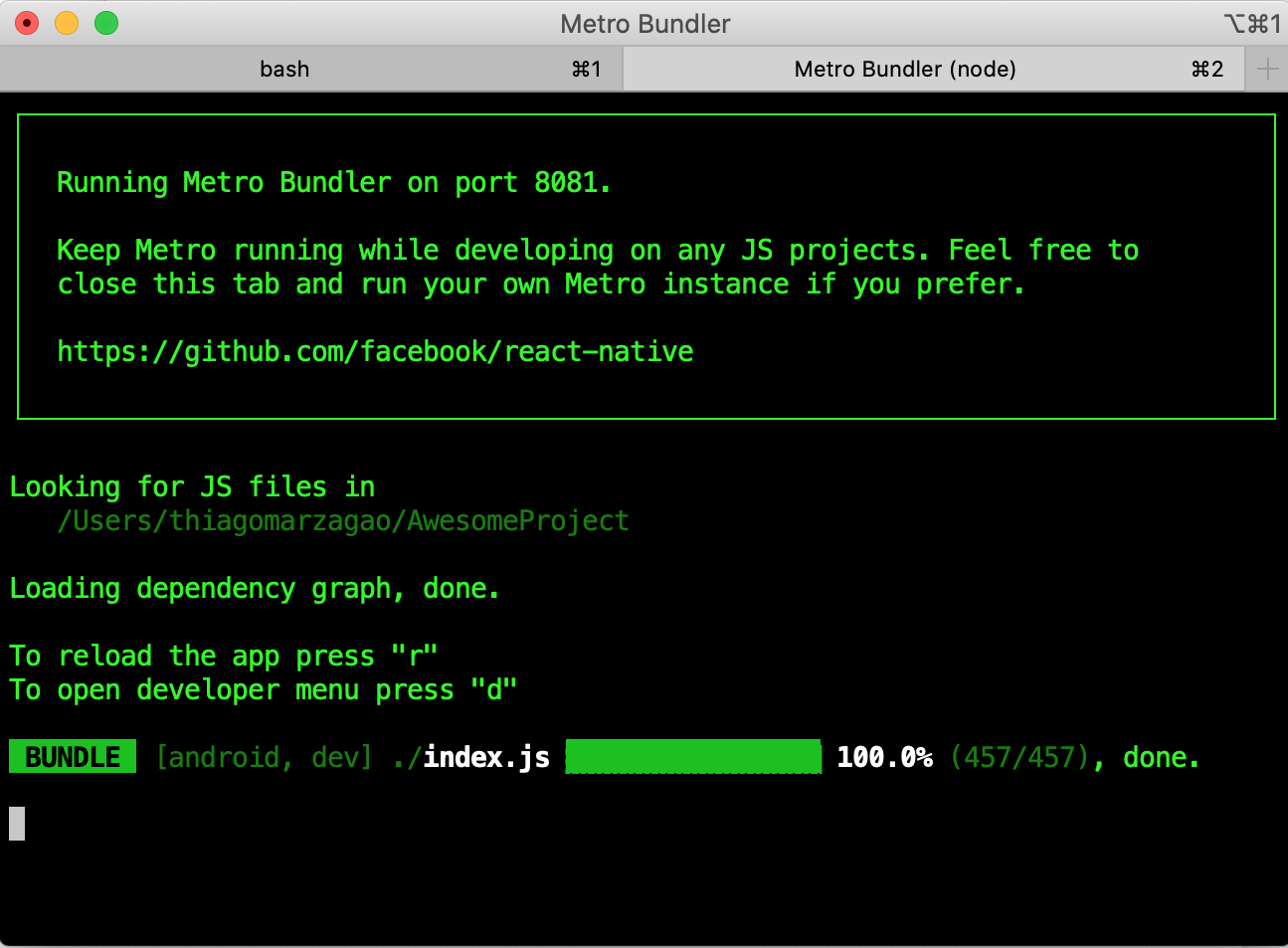 What am I doing wrong?

How to solve:
More exceptions or solve method