i migrate to android studio 3.0. i hear feature of new device explorer in android studio 3.0. but when i connect my android phone (Samsung Note 4 – N910C) i cant see the data\data package sub folder like database folder in device explorer. but when use android emulator i didn’t have problem and can see package sub folder for same package. how can i solve this? 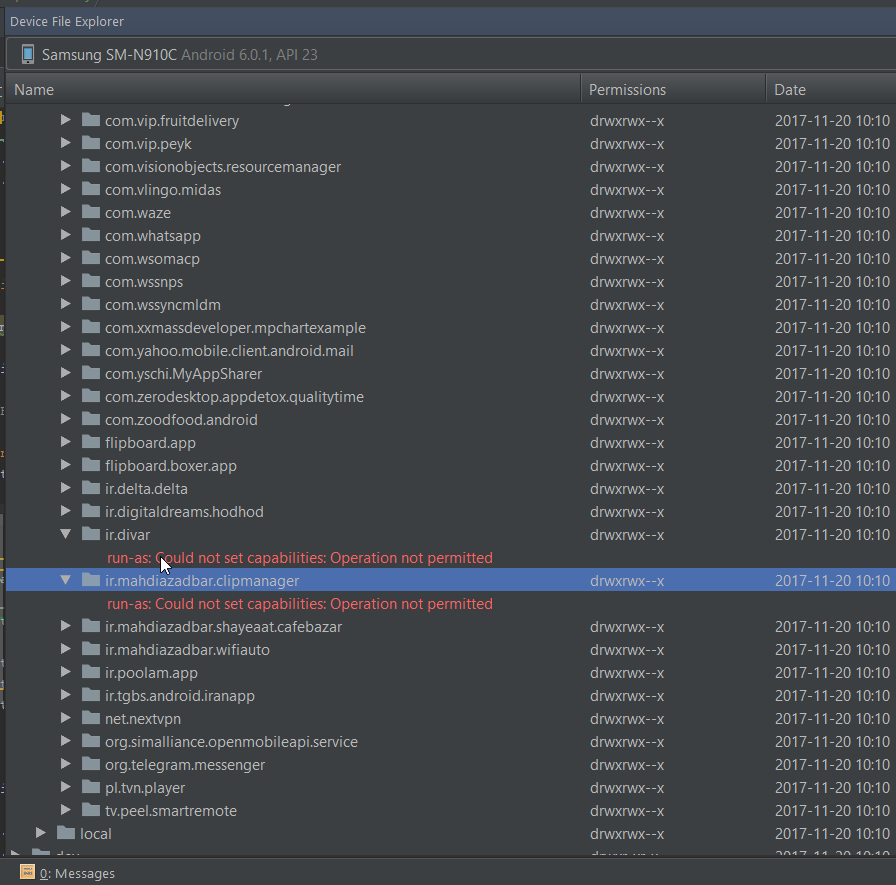 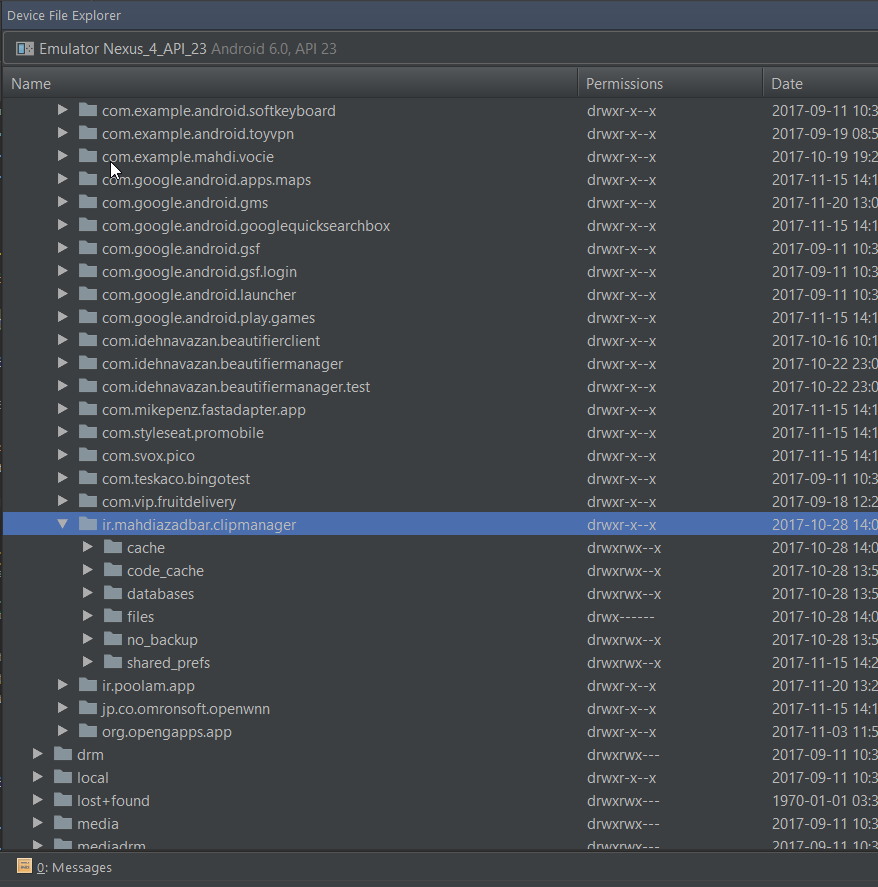 According to the Android Studio docs the data/data directory is not accessible in the Device File Explorer:

It sounds like there’s a bug in ADB’s run-as command. According to this bug, 'run-as' failed. Could not set capabilities: Operation not permitted means Android Studio couldn’t set elevated privs to read the contents of the app’s directory.

Comments on the bug suggest Samsung regularly breaks the feature on their devices.