My google map app works fine on device with debug google map API KEY but when I create signed apk for my app with release google map API KEY, it does not display map.
To generate release mode google API KEY , i am using SHA1 fingerprint with my keystore.
And i am also defining “signing and build types” in my project Settings as explained by developer.android.com(http://developer.android.com/tools/publishing/app-signing.html).

Tried every possible solution(removing apk and than reinstalling it again, restarting the device, cleaning the project ). nothing worked.
Anybody have a good solution to my problem please help.
FYI Using android studios platform.

The API key needs to be hardcoded into the Android Manifest, and it doesn’t work if it’s in a separate resources XML file.

Debug certificate is different from your production certificate. You need to add both to your Google Maps key entry in your API console as seaparate row – each with the same packageId, but naturally different SHA1 hash.

There’s no limit of how many certificate fingerprints and package names are assigned to single Google Maps key, so unless you need this separated is’s perfectly fine to have both development and production builds using the same key. In google console it would be like this (one sha1 is from debug cert, which is the same for all apps you build using this IDE, other is production cert):

or even (but I do not recommend using same key for different apps):

Sorry for replying late. Hope this helps for future.
I use this solution to solve same problem
When we are using Google maps while developing, a default debug.keystore is used which has no password. When we build apk file to upload on Play store new SHA-1 key is made so we have to make new debug.keystore for that. We have to create new API key for that SHA-1.
According to solution How to obtain Signing certificate fingerprint (SHA1) for OAuth 2.0 on Android? we can get SHA-1 for the exported apk file .

After that use that new API key in Android Manifest as the previous one and you are done.

EDIT 1-
Steps to do this
1) Create apk file using “Use the export Wizard” in “Android Manifest” file of your project.
2) After inserting key and before finishing, MD5 and SHA1 keys are shown as shown is this given pic- (http://i.stack.imgur.com/SldEv.png)
3) Create new API Key for Android project in https://console.developers.google.com for new SHA1 which is retrieved in point 2).
4)Use that API key in manifest file as shown below

5)Clean your project and build APK file again as per point 1).
6) You can see google maps now in that apk.

There are two things to remember and get this working.

In the AndroidManifest.xml add the following line :

Follow the normal procedure for debug and release. It should work seamlessly.

you cannot use same key that you used in debug in the release, they have different works.
to solve this problem you have to generate new Google map key API KEY form the key store that you are using in you release copy
see this video for more details
https://www.youtube.com/watch?v=xLJ0jDFdUZ0

for futures refs —my case— there are two google_maps_api.xml files where you need to put your google api key. You can very easily do the mistake to replace YOUR_API_KEY in only one of them (especially if you just deleted the google api/app and created new ones)

In the Google Api console, where we have created the API KEY we have an option to add multiple finger prints to the same key. What I did was adding two SHA1 finger print for my debug keystore and release keystore and the same API key worked for me.

Note the below is for Ubuntu specifically:

/home/atul/Desktop/Learnings/Projects/TestApp/keystore.jks is the path where my keystore file for the signed apk is present

I had a similar issue and the problem was that I generated the apk from Android Studio without first selecting the right flavour. This means my manifest was still using the Google Maps API key that I created for the debug flavour.

Please make sure you select the release flavour in your Android Studio. See screenshot below: 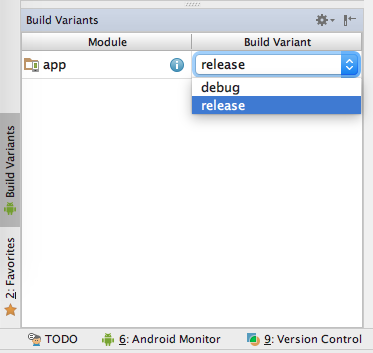 How do I get the release api SHA1 fingerprint:

install your signed APK, from Playstore, or just copying it to the phone.

Plug USB cable if it is a real phone, and open Android Studio.

then, just follow those instructions, creating a new entry in the Developer Console.

If you are created SHA1 code from custom keystore use the same in release mode. or generate apk by signing with that same keystore and test.

Before that you need clear app data (Setting->App-select app-Clear data->uninstall) and try. this worked for me.
Ensure that package name is same as that in google developer console.

I had a similar problem: after creating a couple of new variants builds with same type (“release”) but some new flavors (“free” and “premium”), the Google Maps fragment did not show anymore the maps and the screen appeared totally blank. In the logcat I could only see next error message “Unexpected response code 400 for https://clients4.google.com/glm/mmap/api” that probably was indicating some problem with the Google Maps API access.

Of course I reviewed again all the Google Cloud API process in order to check if something was missing in my API key credentials, but I did not find anything wrong. In fact, for new APK’s it is indicated to add the builds info (name+fingerprint) to the existing Project Credentials in order to inherit the same API key that is still valid.

The instructions that we can read are very clear: “Add your package name and SHA-1 signing-certificate fingerprint to restrict usage to your Android apps. Get the package name from your AndroidManifest.xml file. Then use the following command to get the fingerprint: keytool -list -v -keystore mystore.keystore”.

The problem in my case was that my new variants “package names” were not the one existing in the Manifest package name (“com.example.app_name.release”). In fact, due to my new flavors I had the same Manifest name BUT two new “real” package names: “com.example.app_name.free.release” and “com.example.app_name.premium.release”. Those names do not appear written in the Manifest file as such as they correspond to the Gradle configuration where flavors are defined (in my case with “applicationIdSuffix” attribute). This is quite confusing for me as Gradle “application id” should not overlap the Manifest “package name”. But when we read carefully all the Android documentation, we can read “if manifest package name is different than Gradle applicationId, build will copy the application ID in final manifest file”. Of course, both variants have the same fingerprint as both are still of the same build type (“release”).

So the solution was to add in the same Project Credentials the two new variant entries to inherit the same API key:

Finally, it may be needed to clean your build in order to ensure that you are really watching the correct updated behavior in your maps fragment or activity.

About the rest of recommendations, in my case I did not have to apply them:
– no need to hardcode the API key in the Manifest
– no need to create a new API key for the new variants APK’s
– no need to use the google_maps_api.xml files

Below method worked for me: