I recently updated my sdk version from 18 to 20.

”
This templates depends on the Android support library, which is either not installed, or the template depends on a more recent version than the one you have installed.

Then it also displays this link.
http://developer.android.com/sdk/compatibility-library.html

It also has two buttons:

When I click the first button, it’s not downloading, installing or upgrading any of my software. And this messages display to my Console:

The button two does not do anything at all.

I downloaded the compressed file ‘android-sdk_r20-windows’ and extracted it to my hard drive. I used it to download the following:

I don’t understand what my problem is, my eclipse works properly when I still haven’t updated it yet. Did I forget do download some required tools or something? 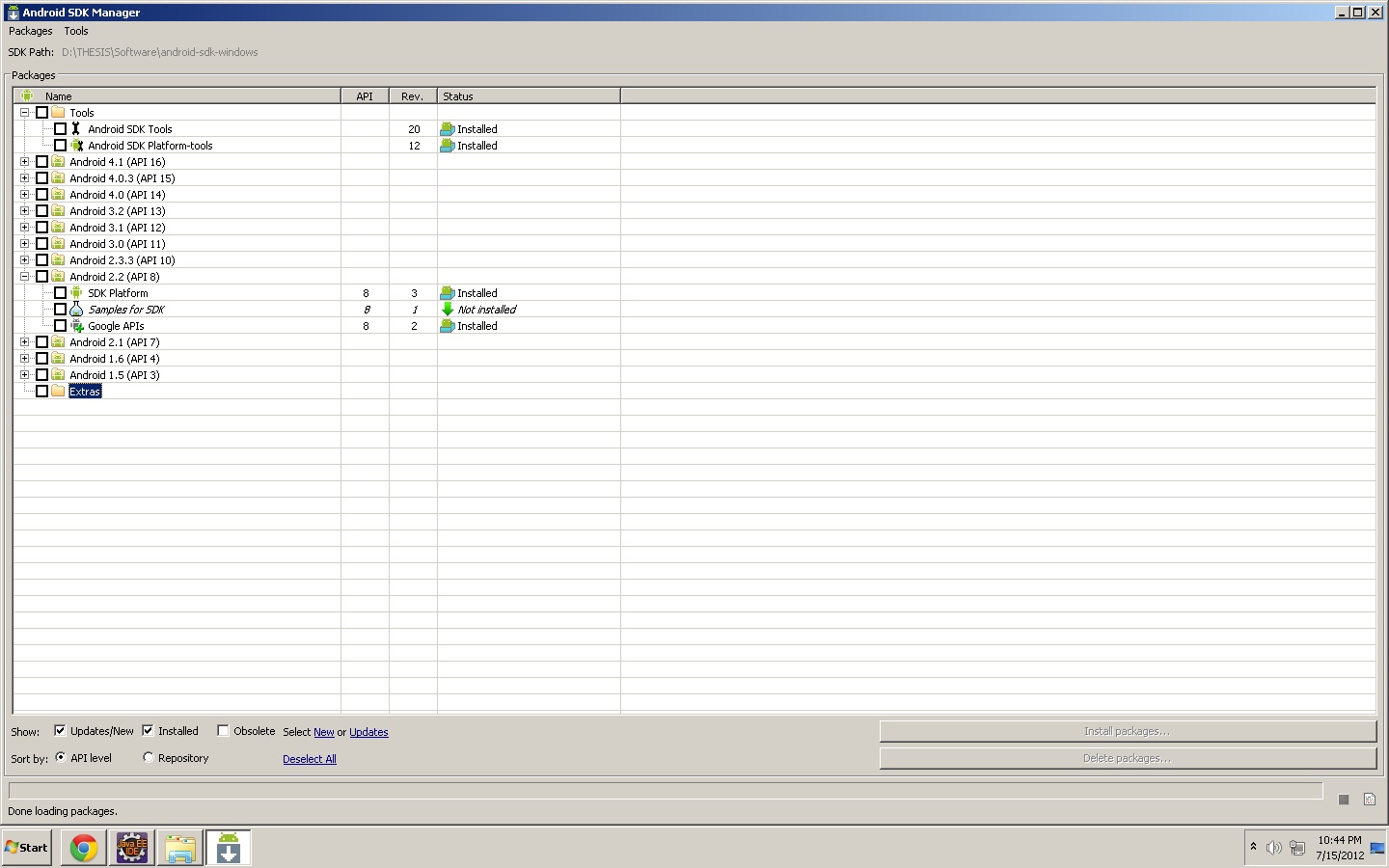 Open SDK Manager.exe within the Android SDK r20 that you downloaded. In the list of software, scroll down to Extras at the bottom, and choose Android Support Library. 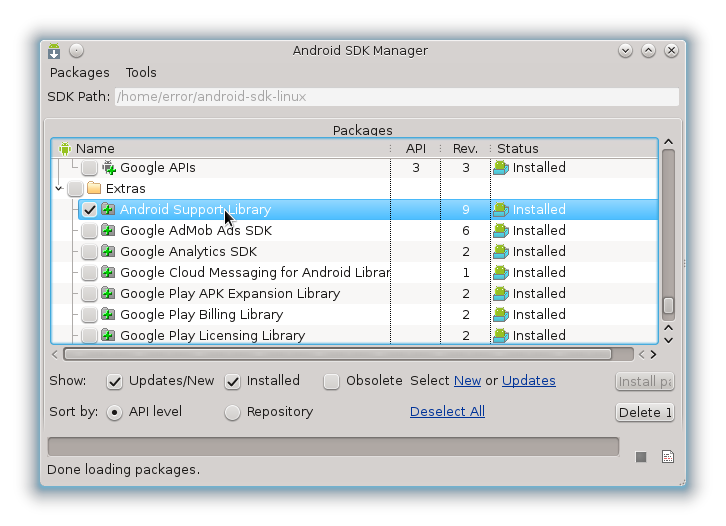 I struggled with this for about an hour today and it started working. I think the key was to uninstall and reinstall the support library, then restart eclipse.

Note: I had to restart eclipse twice, after uninstalling the support library from within the SDK manager. Manually deleting the folder form terminal did not work for me.

Possible duplicate here. This is strange but works.

Go the SDK_Folder/extra/android and rename the folder compatibility to support. After that, restart the Eclipse.

Following steps worked for me:

Delete the Android Support Library from Extras-Android support Library..Then install it again..later you will be able to create new projects

In fact I think there is a bug with the Text icon creator. Every time i try this it does not create the project properly even after doing all the re-installs as suggested by the other posts.

I was having this problem on one machine, when logged on with an account with limited admin privileges. I had set up the proxy details in the SDK Manager options menu and set it to force http instead of https. The extras folder was coming up empty.

In the log I had a message saying that it failed to download “https://dl-ssl.google.com/android/repository/addons_list-2.xml” as the file was not found. I then went to tools->manage addon sites, then under user defined sites I added the URL “https://dl-ssl.google.com/android/repository/addon.xml” (Different from the file mentioned in the log but it seemed to work). When I exited that dialog it updated the list and the extras folder was now populated with items including the Android Support Library.

i had some problem. So for resolve this problem I change folder tools (adt-bundle-windows-x86_64-20130911\sdk\tools) by http://dl-ssl.google.com/android/repository/tools_r22-windows.zip