I want to play with the sample project at http://developer.android.com/training/location/receive-location-updates.html, LocationUpdates.zip, in Android Studio.

I have tried to use File > Import Project but end up with a load of errors: 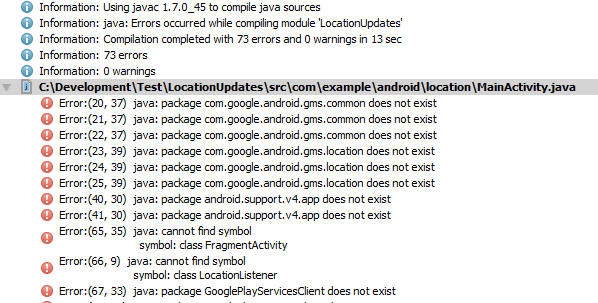 There are many questions about importing an Eclipse project to Android Studio but following those didn’t help me.

Update: Since v1.3 (roughly), the option can now be found at File->New->Import sample. (Thanks to @johanvs)

None of the samples have instructions for working in Android Studio yet because it’s still in early-access preview, and we’re waiting until it’s more stable before we start reworking a lot of the documentation. You can use the project in Eclipse if you’d like to follow the directions closely.

Android Studio 1.5 now has it under: