after updating to Eclipse Kepler, I haven’t been able to add the support library appcompat. I’ve followed this instructions and I still get the error The import android.support.v7.app cannot be resolved on the following lines:

I have added the appcompat project, added both jars to the Build Path, selected them on the Order and Export tab, and added the library project in the main project. 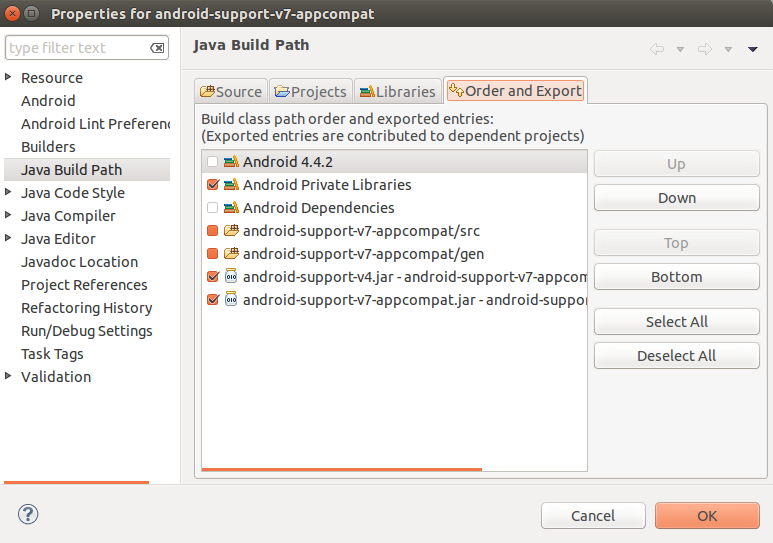 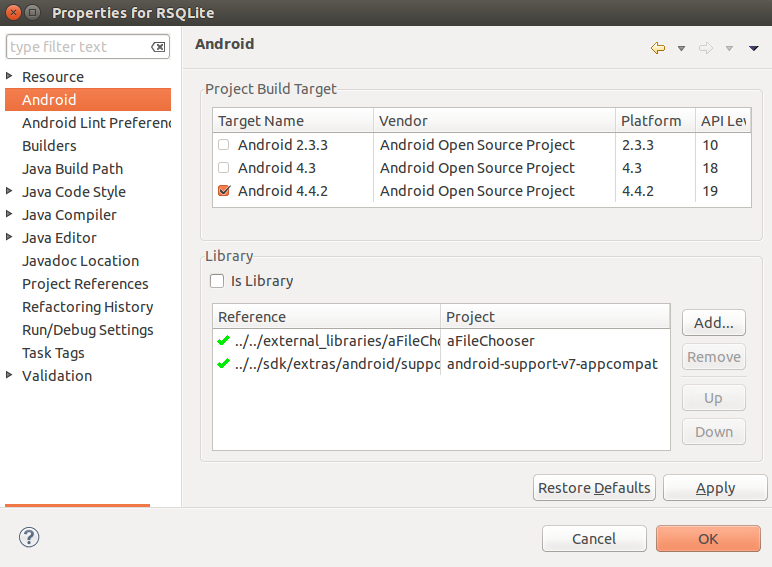 I copied the v4 library to the libs folder in the main project, but I don’t know what else to do or check. Does anyone have any suggestions??

So, the first thing you need to do is check the folder .../My_Project/libs and fearlessly delete the file android-support-v4.jar.

Then, add the appcompat_v7 library as a dependency of your project:
To do this, if you are using Eclipse:

If you are using Android Studio, you can follow the steps mentioned in the @Joey Garcia’s comment.

Let me know if it helped you. Good Luck!

Peter, I had the same problem and this is how I fixed it in Android Studio.

2) On the left side, select app, then select the Dependencies tab on the top right

3) Click the + button on the bottom left, select Library Dependency

6) Then Click ok, or apply on that Project Structure window.

Now, AS should be able to pull in the missing class.

I’m new to Eclipse but I had the same error and somehow fixed it. I had 2 project, one of them fixed itself after restart or something, the first one i fixed by adding back the imports that somehow i or eclipse deleted.
mine imports are:

Are add any that you still need.
Hope that helps

Delete the android-support-v4.jar in lib folder.