I’m working on PyQt now, and I have to create the application on Android, I’ve seen the kivy library, but it’s too crude.

Is there any way now to run an application on Android made on PyQt?

Android does not support pyQt4. PyQt5 is however supported(read this: https://groups.google.com/forum/#!topic/android-scripting/HUbyuYnm3Z8). However, you could port you application to use PySide(https://pypi.python.org/pypi/PySide). It provides bindings for the Qt4 platform. You can then use pyside-android(http://thp.io/2011/pyside-android/).

With the tool pyqtdeploy you can deploy a PyQt5 app to:

Click here to see pyqtdeploy’s documentation. It is a GUI tool that will package your PyQt5 application and compile it for the target platform. 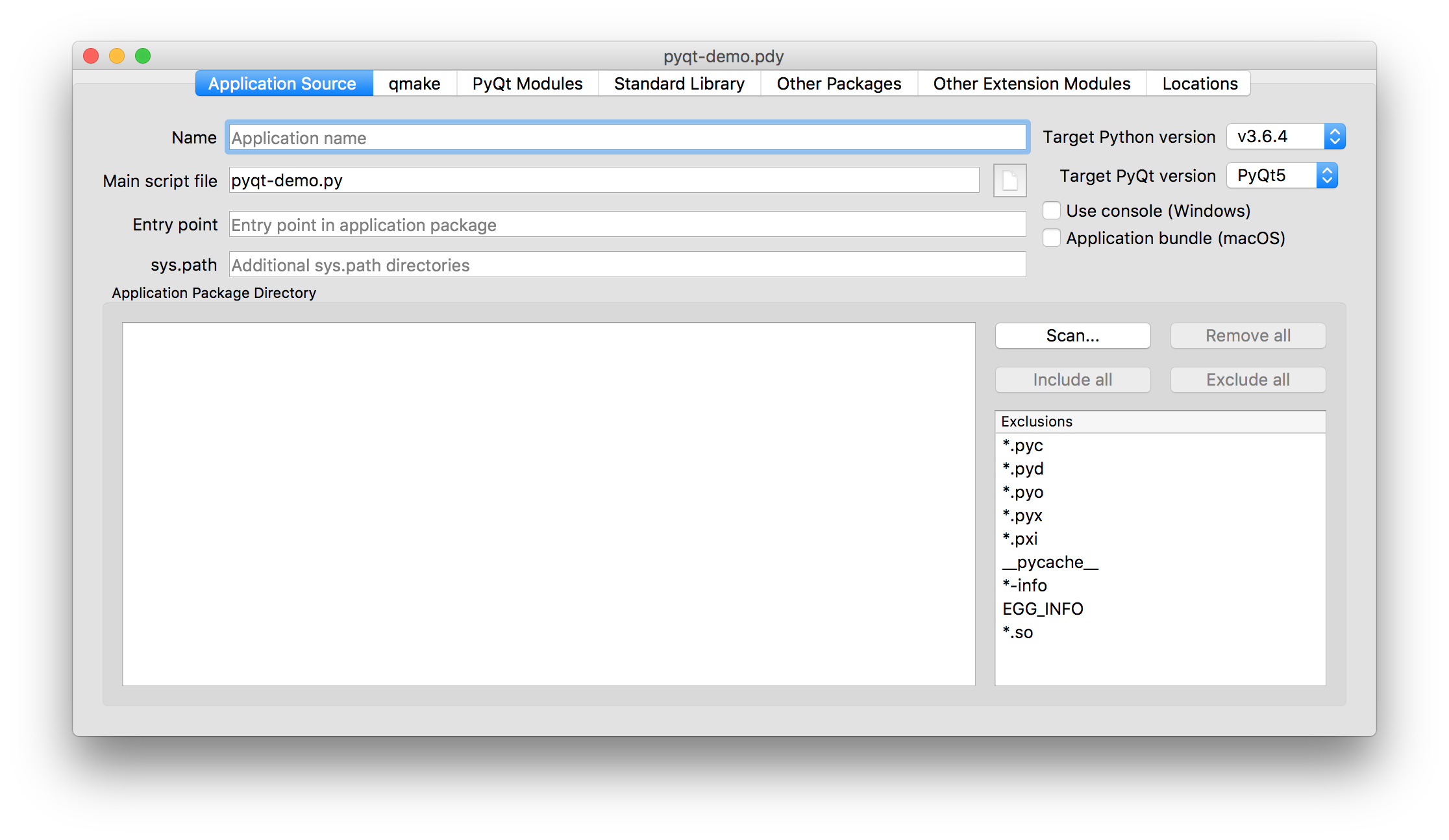 It lets you select various Qt modules to include in the compilation: 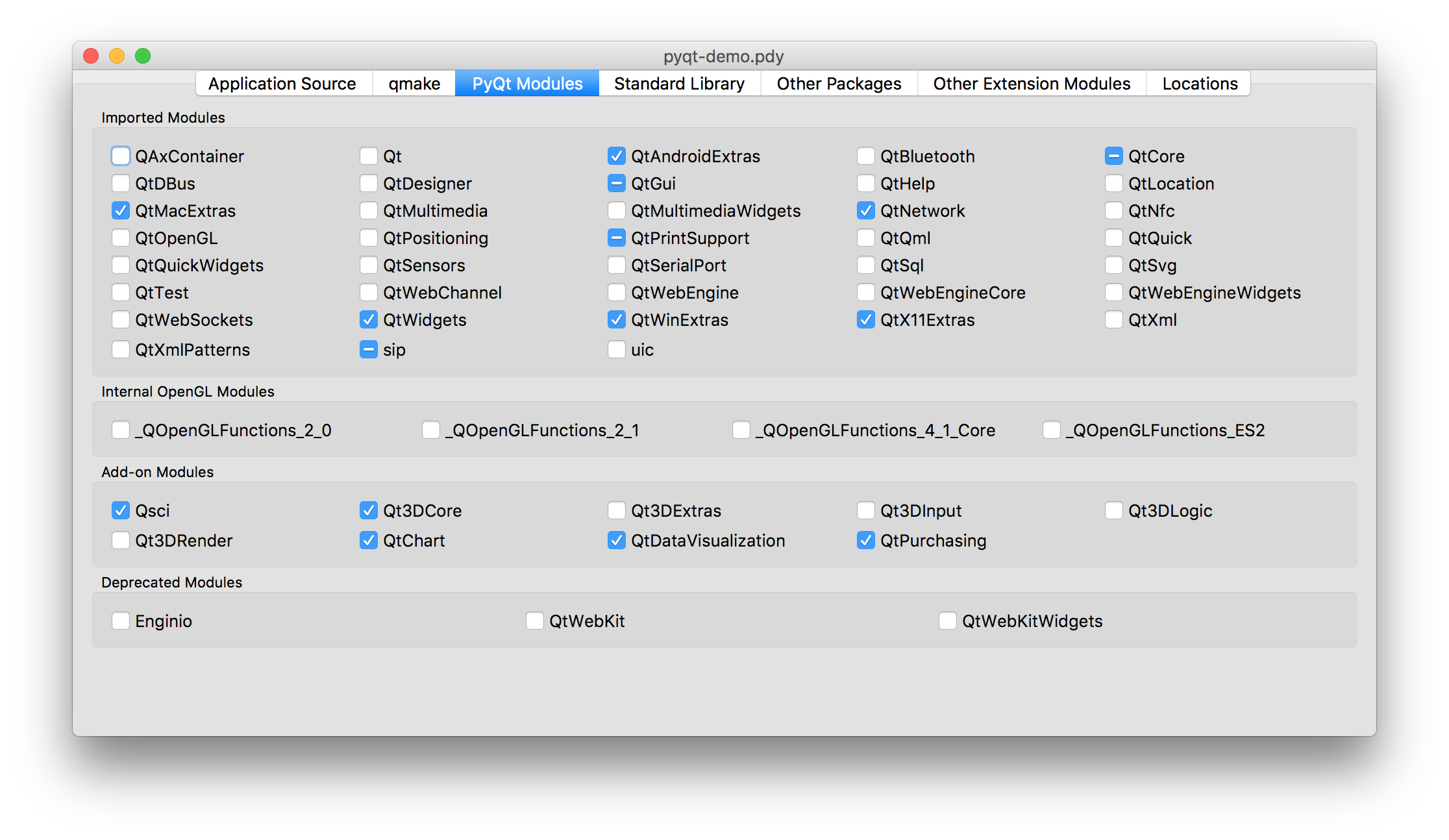 On the command-line you would use the pyqtdeploy-build command like this:

Back in June 2016, there was a mailing list message that indicated that pyqtdeploy works. It’s 2018 as I’m writing this so I assume pyqtdeploy has matured; the latest package version is 2.0.1 which was released on 5 January 2018.